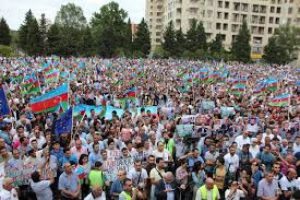 Baku / 07.27.19 / Turan: The National Council of Democratic Forces (NCDF) issued a statement in which it condemned “the repressive policies of the Azerbaijani authorities, which has the character of political discrimination and segregation.”
The document indicates a high level of corruption, poverty of the population, suppression of freedoms, and the presence of political prisoners in the country.
However, the regime, not content with this, subjects citizens to discrimination on political grounds, the document says.
In particular, it indicates the suppression of opposition by violent means, and the establishment of a one-party system.
While the ruling party New Azerbaijan acquired numerous offices at the expense of shadow financial sources and dirty money, the leading opposition party of the Popular Front was deprived of its headquarters. It is not even allowed to rent space from private owners. Moreover, PFPA activists are prevented from gathering 5-6 people in cafes and tea houses. Not only meeting participants are subject to harassment, but also the object owners. NCDF also cannot rent premises for meetings.
Five people, including 4 citizens of Azerbaijan and 1 – of the Russian Federation, were arrested and convicted for collecting donations for PFPA, the statement of the NCDF further says. At the same time they were subjected to sophisticated torture to testify.
Democratic freedoms and institutions are destroyed in the country and thus a foundation is created for the transition from authoritarianism to dictatorship.
Since January 19, 2019, rallies and pickets are actually banned in the country. The state apparatus protects the interests of the most repressive circles. All areas of society are under strict police surveillance.
Many participants in the rally on January 19, according to the lists of the cellular communication operators controlled by the authorities, were called to the police and were required not to join opposition rallies anymore.
The police take under surveillance even commemorations and wedding celebrations of the opposition. Their participants are then subjected to pressure in order to intimidate citizens and isolate opposition activists.
On the eve of the commemoration of the PFPA activist Hagi Hussein, a multi-profile surveillance camera was installed in front of his house.
In the Saatli district, restaurants under pressure from the police and local authorities refused to provide premises for the wedding celebration of the PFPA activist Ruslan Nasirli.
The 14-year-old daughter of the PFPA Deputy Chairman Fuad Gahramanly and the writer Zumrud Yagmur was monitored by unknown persons, but her parents’ application to the police was left unanswered. Later, a man calling himself “Ilham Aliyev’s soldier” attacked the teenager on the street and all this happened before the eyes of a police officer. Only after the publication of the videotape of these unlawful actions and the sharp reaction of society did the authorities have to punish this person with an administrative arrest, the NCDF statement stresses.
In addition, the document further states that the court does not issue permits for the 15-year-old son of the NCDF member Gultekin Hajibeyli to leave the country.
In order to instill fear in the society, bloody Nardaran, Terter and Ganja events were staged, during which innocent people were killed, and hundreds of people who had not committed a crime were arrested. Fourteen citizens of Azerbaijan were tortured to death without trial, NCDF further noted in the statement.
The country cultivates the practice of violence, which is an element of fascism. On the one hand, the authorities suppress freedoms, eliminate political pluralism, falsifying elections and closing the space for democratic political struggle.
On the other hand, by condemning citizens to poverty, misery and unemployment, they indirectly push dissatisfied masses to violence, confrontation, and “revolution with reinforced metal bars.” “It is clear that the goal is to transfer the political struggle from the constitutional field to the level of violence, where the power is strong, and thus justify repression and the destruction of the protest spirit of society,” the statement said.
Calls for political discrimination and segregation are already heard on television.
At the same time, the statement refers to the performance on the air of Real TV by its leader Mirshahin. In particular, Mirshahin said: “I would urge bread shops not to sell these people (opposition members) bread, drivers – not to take these insignificant creatures on buses, not to recognize the authenticity of their passports, ambulance stations – not to accept their calls, not to allow them to weddings and mourning events – in a word, so that society would subject people like them to censure, which Chernyshevsky had been subjected to at the time.”
NCDF calls on the Azerbaijani society and the international community to provide an adequate response to this deepening trend, which threatens not only Azerbaijan and the region, but also Europe and the whole world.
“Fascism, discrimination on political grounds and segregation in all its manifestations are threats to democracy, coexistence and progress, and these tendencies should be stopped immediately and firmly. The Council of Europe, the EU, with which Azerbaijan is preparing to sign a new partnership agreement should recognize its responsibility and take urgent measures to stop this dangerous process. NCDF calls upon the people of Azerbaijan to prevent even worse tragedies awaiting them, and to mobilize for a massive, peaceful and constitutional struggle,” the NCDF statement concludes. 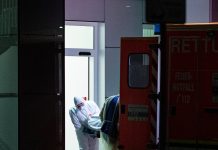 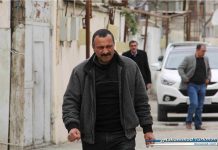 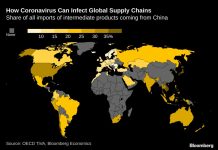 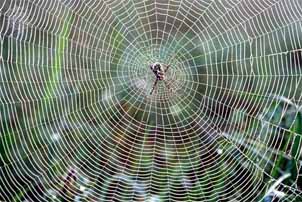