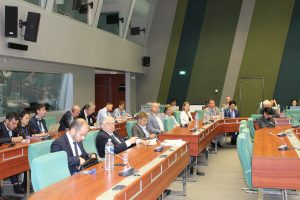 On 25th of June 2018th During the PACE Summer Session a side event was organised  by the PACE Deputy Mr. Pieter  Omtzigt under the title : “The state of play of the anti-corruption drive in the Council of Europe”.  A former Ambassador of Azerbaijan to the Council of Europe Arif Mammadov  spoke about the  corruttion Octopus that embraced the CoE.

Statement by Mr. Arif Mammadov at the meeting in PACE

OCTOPUS in the CoE

When Azerbaijan was joining the CoE in 2001, the people of Azerbaijan were hopeful that their country will embrace the European and CoE values, but 15 years after, we see that vise versa happened. Azerbaijani regime has successfully exported its values to the CoE”.

Camil Hasanly  (Chair of the National Council of the opposition parties)

On 13th of June I had 7 hours of testimony before the Italian investigation team that visited Brussels to meet me and I understand that the serious investigation on the case of Mr. Luca Volonte is still on the way. I’m confident that the Volonte case will bring more light to the corruption in the CoE and beyond.

I believe that by bringing the light to the corruption OCTOPUS that embraced the CoE we can save the European values that are seriously endangered even the future existence of this once strong Pan European Democracy Institution, and everyone including the SG of the organization should accept his faults and responsibilities for the crisis of the CoE.

Instead of accepting the mistakes that brought the CoE to such a shameful situation, CoE leadership tries to say that what was happening within the walls of the CoE is just PACE issue. Nobody wants to acknowledge that this corruption OCTOPUS embraced the entire organization.

What happened with dozens of people proved to have accepted the bribes. They left the PACE, but most of them continue to be the members of their National parliaments. 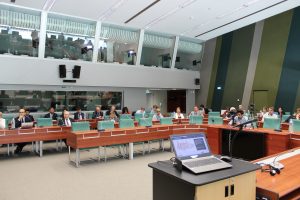 The two key people who developed the schemes of corruption Mr. Elkhan Suleymanov and Muslim Mammadov were replaced by other members of the delegation and that is it.

I had dozens of meetings with the Secretary General of the CoE Mr. Jagland during the period from 2010-2012 and repeatedly was insisting on his urgent intervention on what is related to the situation in Azerbaijan and it’s dirty activities within the CoE.

Most of the meetings were attended by that time his head of cabinet Mr. Bjorn Berger.

We had several extra separate meetings with Mr. Berger where I was asking him to contact the SG and request his interventions on the individual issues.

During the last PACE session the SG acknowledged that he had confidential meetings with me and I was telling him about human rights violations and corruption in Azerbaijan.

During all of his answers to the question about his meetings with me he repeats the same thing that I was telling to him that “Azerabaijani regime hates him”as if it was the main subject of our dozens of meetings.

When I was asking him to do more about the situation in Azerbaijan Mr. Jagland was repeatedly saying that he is unable to do something because the key member states are not interested in pressing Azerbaijan and CoE has no instruments to push member states to change its behavior.  But what was done to change this situation?

Today there are over 160 political prisoners in Azerbaijan, including the Director of the CoE School of political studies Mr. Ilgar Mammadov.

I even tried to deliver him the message in the capacity of the Ambassador of the OIC to the EU when I paid a visit to Strasbourg and met him in 2014. 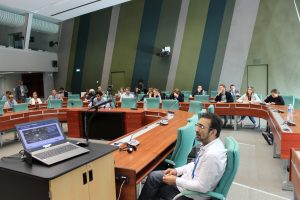 I’m sure that Mr. Berger has official records of all our meetings since he was taking notes of all of them.

What makes me even more upset that the SG was one of the first persons in Europe to send congratulation letter to Ilham Aliyev following the staged election that was strongly criticized by the International Community.

Since 2018 the SG made no statement on Azerbaijan despite drastically deteriorating human rights situation in the country. 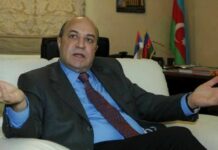 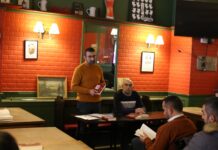 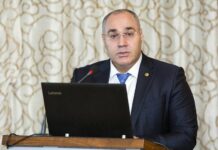