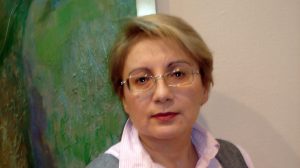 On Novermber 26, 2015 police officers armed with machine guns stormed into the houses of Nardaran village residents (a village situated about 30 km away from the capital Baku) and opened fire against the villagers, killing two of their own fellow police officer and causing heavy wounds for six of the residents of the village. More than seventy people were arrested and four of the detained died as a result of tortures.

This act of crime did not go unnoticed by the international human rights community, which made sound statements pointing out gravity of crimes committed and called for the investigation of these crimes and for release of illegally detained citizens:

Murder in custody is a usual practice for Azerbaijan.

Investigation of the Center for Monitoring of political prisoners revealed that on December 22, 2014 imprisoned Elshad Babayev died of tortures in colony number 14; on October 7, 2015 the only witness to the crime Yadigar Nuriyev also died in unknown circumstances in the colony number 14.

On April 28, 2017  prisoner of conscious –blogger Mehman Galandarov was found dead in the pre-trial detention facility number 1.  Galandarov who used to teach philosophy, sociology and political science was arrested on February 7, 2017. He was listed under number 8 in the category “Journalists and Bloggers” in our list of political prisoners published on March 31, 2017 ( HYPERLINK “http://www.contact.az/advertisements/Список%20на%2031%20марта%202017.doc)” http://www.contact.az/advertisements/Список%20на%2031%20марта%202017.doc).

According to the information of Institute for Peace and Democracy (IPD), M. Galandarov was arrested on the same day as he expressed support on his Facebook page to the prisoner of conscious Giyas Bayramov, who called on the country’s citizens not to be slaves.

Authorities systematically arrest people for sharing critical thoughts on Facebook. The critics, bloggers are usually imprisoned for “ possessing or selling narcotics”. The same charges were used against Galandarov.  On the very day as he shared his support to Giyas Bayramov on Facebook, Nasimi District Court put him in pre-trial detention for 3 months.

Yet, Galandarov must have been beaten to death already on April 28.  Interestingly enough, the official report of authorities  presented this death as a suicide, as if a 40 years old blogger hung himself in a broad daylight in the prison sell while his fellow prison mate was sleeping. Of course, this version lacks any reason:

– it is forbidden to sleep during the day in the pre-trial detention facility number 1;

– there are no conditions to commit suicide/hang yourself in the prison cell;

–  there was no forensic examination of the body to find out the reasons that caused his death;

– Galandarov’s body was not given to his relatives and they were not allow to bury him;

– Prison staff of Pre-Trial detention facility buried Galandarov without any witnesses next to the graves of his parents.

One of the main goals of any criminal is to conceal the traces of crime in order to avoid punishment and take no responsibility for it.

This the operational mode of the so-called law-enforcement and judicial systems in Azerbaijan, but it is not possible to hide crimes forever: sooner or later all the crimes become known.

Assassination of Mehman Galandarov became known to the international community almost immediately and the calls to find the criminals were voiced instantly.

On May 3 the US Department of State made a special statement calling to find murderers of Mahman Galanadarov:

Decision of the ECHR dated April 13, 2017 about failure of authorities to investigate murder of journalist Elmar Huseynov shot in front of his apartment on March 2, 2005 as well as following decision about death in custody of Mahir Mustafayev on December 3, 2006 gave our organization an opportunity to start a special report on detention facilities of Azerbaijan turning into «death camps».

No employee of the law-enforcement bodies (Ministry of Internal Affairs, Ministry of National Security/State Security Service, Ministry of Justice) was not brought to justice although death in custody happens on the regular basis.  No measures were taken to protect the right to life of prisoners or to  prevent tortures by the so-called “Public committee for monitoring of places of detention” or by the  Ombudsman.

Mass arrests and murders of citizens that started in May 2017 left behind all the previous crimes of the regime.

On May 7, 2017 the Prosecutor General, Ministry of Defense, Ministry of Internal Affairs and State Security Service issued a joint statement on revealing a group of military personnel and civilians that have been compromising military secrets to the intelligence and special units of the Armenian Armed Forces (for mere satisfaction of  «material interests»).   Authorities opened a criminal case with article 274 (state treason) of the Criminal Code of Azerbaijan and launched a special investigative group with the members of the above-mentioned agencies.

On May 7  the wave of arrests affecting not just the military but also civilian residents of the villages in close proximity of the frontline, targeted mainly Tartar region.  On May 7-8 media reported 47 arrests within one day, yet they did not specify names of the detainees. After that date press stopped reporting the arrests, yet unconfirmed information from the frontline suggested that number of  arrested people reached 400  by May 17.

People were taken from their homes or from the work places. The arrests were taking places without providing the accused with the lawyer, the imprisonment was happening without the court decisions.  Journalists and editors reporting on these arrests were called into the Prosecutor general’s office to warn them against distribution of «state secrets».  This is what the Deputy Prosecutor General Rustam Usubov  threatened to use against the editor of the website basta.info Mustafa Hajibeyli on May 23:

1. Mehman Telman ogly Huseynov, born in 1987, was arrested on May 7 in his own house in Jamilli village of Tartar region. On May 16 his body was brought to his wife who is now raising her two little children alone. The family was not allowed   to bury Mehman Huseynov in the cemetery as he was “an enemy and a traitor”. Huseynov was buried outside of the cemetery of Agkand village without observing traditions and saying prayers.

2. Sahavat Binnatov was arrested on May 7 in his house in the village Jamilli of Tartar region. On May 17 the body of beaten to death Binnatov was returned to the family , also banned from burying him in the village cemetery. The place of burial is unknown.

3.Colonel Saleh Charif oglu  Gafarov was arrested on May 12 in his own apartment. In four days- on May 16 his body was brought to the village and buried outside of the village by the police and the head of the local administration, insulting his family by calling him a “traitor”. His family was not allowed to take part in the funeral. Two of his children (the elder one is the 4th grade of school) were expelled from school shaming them as children of the “enemy of the state”.

4.  Elchin Guliyev, resident of Tartar region was arrested on May 10-11.  His body too was returned to the family on May 18 with the same explanation that he was spying for Armenia.

5.  Leutenant  Tamkin Nizamioglu, born in 1993, was arrested on May 12.  His body was returned to his native village  Darkand in Ordubad region (Nakchivan)  in the sealed coffin. His family was not allowed to see the body or to bury him. The members of special services themselves performed the burial and only after that announced the family about the death of their relative.

How many more deaths or victims of this unlawfulness  shall we see in this country,  a member of the CoE and of the OSCE?  How long would the international community agree to turn a blind eye to the awful crimes of dictator regime in Azerbaijan?

European Union is going to sign a partnership agreement with Azerbaijan.

IPD is calling the international organizations of Europe and the US not to turn a blind eye on a complete breakdown of law and order and bloody crimes of the ruling regime in Azerbaijan.

The never-ending crimes and murders can and have to become subject of investigation of the International Tribunal in Hague.

IPD calls reputable international human rights organizations such as OMCT, HRW, Freedom House, Amnesty International and FIHD to start an independent investigation of the murder of citizens of Azerbaijan, mass repressions in the frontline zone and to prevent further escalation of violence and prevent new cruel murders. 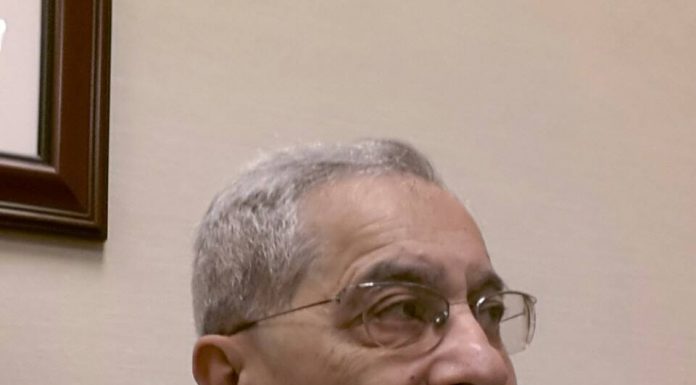