Whereas the appointment of the Vice-President in Azerbaijan 21 February 2017, the movement “Democracy for Azerbaijan» (AND) states:

– AND have already stated that the changes to the Constitution of Azerbaijan of September 26, 2016 have been done with numerous violations of the provisions of the referendum’s rules and against the will of the people of Azerbaijan.

– AND movement together with all the opposition parties in Azerbaijan, boycotted the referendum, and did not recognize its results;

-AND considers that the adopted amendments to the Constitution seriously disrupted the balance of power by giving the current president of the country “unprecedented” powers.

– AND believes that the appointment of the wife of the current president to the post of the first vice president is aimed at strengthening of the the dictate of ruling regime, and represents a direct violation to the provisions of Article 7 of the current Law of Azerbaijan Republic dated 13 January 2004 on “anti-corruption” ;

-This appointment is nothing but nepotism in its rough manifestation and is contrary to the principles of democracy. It violates the rights of other citizens of the country.

– AND believes that this and all possible follow-up appointments to senior government positions of the relatives of president are aimed at strengthening of the dictatorship in Azerbaijan.

– AND regrets that the government of Azerbaijan continues an unprecedented campaign of repression, arrests and intimidation of citizens who disagree with the policies of the ruling regime.

It uses the ugly methods of arrests, tortures and intimidation of close relatives (including the women and children) of journalists, bloggers, political refugees who had to flee the country out of fear of repressions.

All of these actions represent a serious violation of human rights in Azerbaijan.

On behalf of all the democratic forces of Azerbaijan, AND calls upon all Governments and international organizations to express their firm position on the strengthening of the dictatorship of the ruling clan and numerous violations of human rights in Azerbaijan. 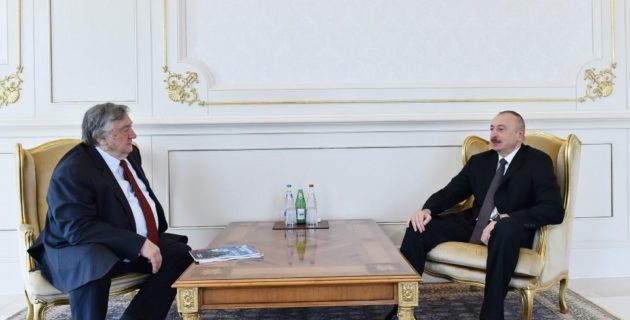