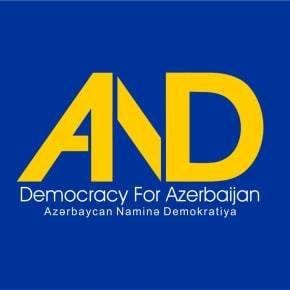 AND Movement expresses its serious concern over the wave of recent arrests, tortures and long sentences given to the human rights activists, anyone who dare to raise their voices in the defense of democracy in Azerbaijan.
One of the highest degree of manifestation of a political bias and revenge of the regime was the decision of the court of 26.10.2016 on sentencing of a 22-year old Giyas Ibrahimov, a brilliant University student and a member of a pro-democracy N!DA youth movement to 10 years imprisonment for writing “Happy Slaves Day” on a monument of the KGB general Aliyev, father of the country’s current president Aliyev.
Ibragimov was arrested in May, 2016, after he and fellow activist Bayram Mammadov sprayed the slogan (graffiti) “‘Happy Slaves Day’” on the monument, in Baku. They were tortured while in custody, as documented by the UN Torture Mission.
AND welcomes and adheres to the statements made by the Freedom House and Amnesty International that qualified this sentence as a “shocking assault on freedom of expression.”
AND declares that with this sentence the regime hits another bottom in repression.
Case of Giyas Ibrahimov is an example of how Azerbaijani brutal dictatorial regime fabricates charges against youth activists to intimidate them and deter others.
AND believes that persecution of open minded people who think differently is utterly unacceptable and disastrous for the country.
AND Movement is of the opinion that Giyas Ibrahimov is a political prisoner and requests all the International organizations and NGOs to include him to the list of other political prisoners in Azerbaijan.
AND calls on the government of Azerbaijan to immediately and unconditionally release of all political prisoners, including Giyas Ibrahimov.
AND kindly requests the Commissioner for Human Rights of the Council of Europe to plan an urgent visit to the country to investigate this and previous cases.
AND movement requests that the CPT of the CoE sets an urgent mission to Azerbaijan in order to investigate number of serious torture cases in Azerbaijan, particularly at the notoriously known “BANDOTDEL” Department of the Ministry of the Interior,that obviously became a torture factory of the regime.

AND calls on international donors, including the International Monetary Fund, World Bank, European Investment Bank, and European Bank for Reconstruction and Development, to refrain from providing any kind of loans and supporting any projects by the Azerbaijani government until it releases all political prisoners and adheres to its İnternational commitments.

AND declares its readiness to cooperate with the CoE, OSCE, UN, EU and all other interested Institutions in order to investigate all the cases. 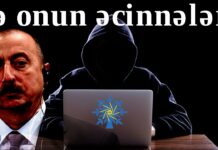 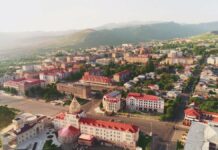