The panel called ‘Azerbaijan: Do Human Rights Matter?’ will have a particular focus on the current human rights situation in Azerbaijan, and the consequences for United States policy.

“Since 2014, the Azerbaijani government, led by President Ilham Aliyev, has intensified a crackdown on dissent, rounding up journalists, political opposition, religious activists, and members of civil society.  U.S.-funded Radio Free Europe/Radio Liberty and several U.S.-based non-governmental organizations were ejected from the country, and RFE/RL reporter Khadija Ismayilova was imprisoned on trumped-up charges for a year and a half before being released following an international outcry.  Precise numbers are difficult to confirm, but credible reports indicate that more than 100 of those detained remain in prison,” the Commission notes.

The hearing will also address how the restrictive laws in Azerbaijan effectively prohibit the operation of non-governmental organizations and independent media.  The Aliyev government “is mired in allegations of corruption, and is facing a weakening economy and declining currency.  Past elections have suffered from irregularities with vote counting, and failure to record ballots, combined with limitations on freedom of expression, freedom of assembly, and freedom of association,” the Commission notes.

In July 2016, the Azeri government proposed amendments to the constitution that would consolidate President Aliyev’s power, including by extending the presidential term from 5 to 7 years and giving him the power to dissolve parliament and call for early elections.  President Aliyev is already serving his third term in office. The amendments would also subject fundamental rights to vaguely worded restrictions, circumscribing freedom of expression when it provokes “hostility,” and freedom of assembly when it “disrupt[s]…public morale.” Voters will consider the amendments in a rushed referendum to be held September 26, 2016, the conduct of which is unlikely to inspire confidence. In recent days there are reliable reports that opponents of the changes are being detained.
“The Government of Azerbaijan has served as an important strategic ally of the United States, but the concerns outlined above raise serious questions for and about U.S. policy toward the country. Witnesses will examine the human rights situation, the proposed constitutional amendments and referendum, and U.S. policy regarding Azerbaijan,” according to the organizers.
The following panelists are scheduled to testify at the hearing:
•    Khadija Ismayilova, investigative journalist and radio show host for Radio Free Europe/Radio Liberty, and former political prisoner
•    Turkel Karimli, son of opposition leader Ali Karimli, who is Chairman of The Popular Front Party of Azerbaijan, Board Member of the National Council of Democratic Forces, and former political prisoner
•    Ambassador (Ret.) Richard Kauzlarich, Co-Director of the Center for Energy Science and Policy at the Schar School of Policy and Government at George Mason University, and former U.S. Ambassador to Azerbaijan
The hearing will be open to members of Congress, congressional staff, the interested public, and the media. It will be livestreamed via YouTube on the Commission website, https://humanrightscommission.house.gov/.

As TURAN reported earlier, Congressman Jim McGovern,(D-MA), co-chair of the bipartisan Tom Lantos Human Rights Commission, recently joined as a co-sponsor of the Azerbaijan Democracy Act, a landmark bill that would impose visa sanctions on Azeri senior leadership amid their human rights violations.

Congressman McGovern is also known as a House sponsor of the “Global Magnitsky Human Rights Accountability Act,” a bill that prohibits foreign human rights offenders and corrupt officials operating anywhere in the world from entering into the US and blocks their assets. 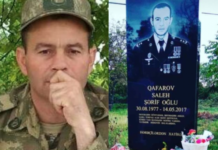 Azerbaijan: 11 deaths in custody and other serious human rights violations in the ‘Terter Case’ 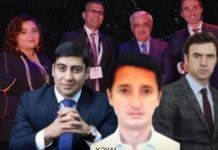